With the risk of becoming lame, I will once again talk about women and weightlifting, and especially about weight training about your legs!

A couple days ago, a beautiful girl, with whom I train, came to me and said that she was worried, because her legs were getting too muscular. She said that they were already too strong from the dancing classes she was attending!

Completely shocked! First of all, I want to say that if you see her you will NEVER think anything bad about her legs! Besides that the heaviest weight that she has lifted so far is a 12kg kettlebell! Let me think that over… 12kg…too muscular! That’s an absurd statement!

I used this example, because I am aware that there are plenty of women, who are afraid of getting bulky or too muscular, without a real reason!

I’ve noticed that when it comes to women, their notion of their own appearance, is not based on the real reflection in the mirror, but more it is based on the illusion of how they probably look, which is fed by the mass media myths about women and weights!

You call that feminine and normal…

Yet you consider this to be bulky, masculine and abnormal! 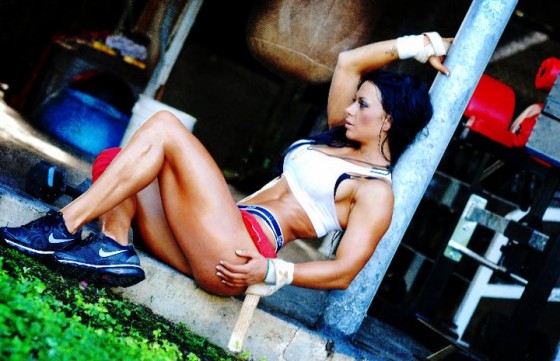 You think it is normal to fuel your body like this…

But you “don’t understand it” when somebody fuels his body like that! END_OF_DOCUMENT_TOKEN_TO_BE_REPLACED 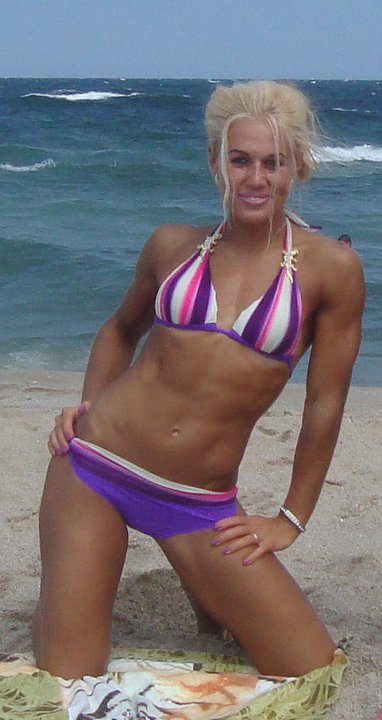 IS: For how long have you been in the fitness industry? Have you done some other sports before that?
SN: I’ve been involved in fitness for the past eight years. Before that I was a professional volleyball player. Since I was a child, I was really passionate for sports. When I was little I was a gymnast, then I played basketball, handball, swimming and dancing.

As you already know I love lifting heavy weights! I love doing squats, deadlifts, cleans, push presses, throwing around sledgehammers, kettlebells and tires! More often than not I get disapproval from people around and sometimes it is really annoying! In the gym where I am now working out, there is that guy, who often comes closer to me and asks why I am lifting such heavy things, and why I am doing these exercises when I am only a woman. As he states “ These movements are for big men. It is not good for you to do them!” END_OF_DOCUMENT_TOKEN_TO_BE_REPLACED

In my Internet Marketing class we had an assignment to use Google Analytics and make an analysis of our websites or blogs. So I did that for my blog, and…