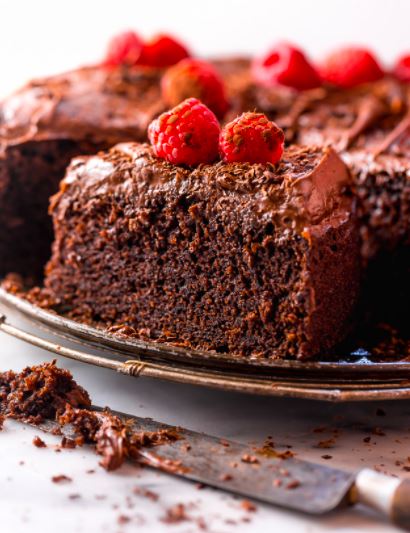 1. Increased physical activity without a corresponding increase in food intake

This is where I want to start, because over the past couple of days I have advised several women who are doing this very thing. In their ambition to lose weight they work out twice a day. At the same time their increased physical activity is not accompanied by a sufficient food intake. Everyone who does this gets the same result – an emotional eating episode late in the evening. I am sure you have experienced this and you feel like you have no control of yourselves. You think you want this enough, but every time you do the same thing over and over. You need to understand that you don’t have to work out twice a day in order to get into the shape you want. Isn’t it a paradox that quite often the people who invest the most effort seem to always be chasing after their goal, but never achieving it? The reason is that there is a maximum rate of return and after we have done a certain amount of physical activity, doing more only pulls us back. I have been there. Years ago I went through a phase when I would work out with weights in the morning and then I would go for a swim in the evening. This was usually followed by exactly that – an emotional eating episode, and disappointed at myself, I would increase my physical activity on the day after. This way I stayed trapped in a vicious cycle, until I realized the logical fact that the more energy you expend, the more energy your body will demand. I reduced my workouts to once a day and everything fell into place. My appetite diminished and so did my cravings.

If you have not realized this yet, you need to understand that our behavior is driven by our biochemistry. If we want to change the way we act, we also have to change what happens in our body and what drives the particular behavioral pattern.

2. Irregularly distributed meals throughout the day

This is a very common mistake. By this I don’t mean the people who fast. This is an eating strategy that, if followed properly, should supply the body with what it needs – in terms of calories and micronutrients.

One scenario I observe in many people is, as follows:

Breakfast at 7-8 am. The amount of food consumed at breakfast is enough to sustain them for up to 3-4 hours. Afterwards lunch is eaten as late as 3-4 pm. People who eat like this usually say they get strong carbohydrate cravings in the afternoon and evening. Also, the 3 pm meal is accompanied by eating additional food in the form of desserts or a bite of everything in sight.

The workout is done first thing in the morning and then the first meal takes place at 9-10 am, once again in an amount that is enough to keep a person full for 3 hours. And yet the next meal takes place after 3 pm. People who eat like this once again tell me that they devour large amounts of food and experience increased sugar and carbohydrate cravings.

In both cases, during the first half of the day which should be more active and the body should process food more rapidly, we fail to provide it with enough energy. We end up starving and then we compensate. As far as workouts are concerned, you need to realize that the food you eat after a workout gets processed much more quickly than if you eat the same meal during another part of the day. This implies that soon after this meal you will once again need some filling food and if you wait for 6 hours, you will most certainly be starving and will not make very good and conscious choices.

Make sure you have enough food during the first half of the day and your carbohydrate cravings will diminish significantly.

This is a very common mistake. The food most often involved is eggs – yolks in particular.  It’s all right to use some whole eggs and some whites, when a person thinks that they have had enough fat and want to make an omelet (but this applies mostly to competitive athletes).  But when someone throws away the yolk to add fat in the form of chia seeds or something like that, it always surprises me. I have been through the phase when I would throw away all yolks and only eat the whites. I remember I was always hungry and it didn’t matter if I would eat 5-6 whites with something else – I never experienced satiety. This always made me consume more food or led me to yet another emotional eating episode. Afterwards I realized I could eat two whole eggs, but get a lot fuller and avoid thinking about food until my next meal. Two whole eggs whose total calorie count is a lot lower than that of all the food we consume in addition, when we try to eat only protein. Another thing I have seen people do, and quite often at that, is to make an eggwhite omelet and add a side of bacon. It is a lot healthier and more nourishing to use the yolks as a fat source than to eat store-bought bacon with questionable quality which can’t compare to the macronutrients in the yolk.

If you are one of those people who regularly throw away the yolks and replace them with other fats, try not to do it and you will see that you will feel a lot fuller and have better results. Remember that nature created food to serve as information. Our body decodes this information only if we consume the food in its real form, and not when we split it in parts.

4. Eating cheese curds as the backbone of a meal

This is an enormous mistake many women do. I, too, have days when my supper consists of a salad with cheese curds and some sort of fat, but this is an exception and not the norm. Especially on a day when I work out!

I see a lot of women who eat lettuce with cheese curds after their workouts and then tell me again that they get irresistible carbohydrate cravings. We should not aim at eating foods that have as few calories as possible. Low-calorie foods should be replaced by filling and nourishing foods. The more filling our food is, the smaller amount we need to get and stay full for a longer period of time. I see cheese curds as a good addition to breakfast or to the afternoon snack, but not as the backbone of a meal. Naturally, if you make grilled red peppers with eggs and cheese curds, this is something different, because you have eggs too. But eating only cheese curds is the most sure-fire way to end up eating more and reaching for the foods you would rather not eat. If you eat a piece of fish or meat, they contain protein, but they also contain enough micro- and macronutrients to provide the body with what it needs. Cheesed curds, if eaten on their own, don’t have the same nutritional value.  I always make sure that one of my main meals contains enough protein and fat and the other one – a leaner protein source and enough carbohydrates. This way I always feel satiety and I avoid looking for more food to eat in order to feel full.

Everything You Need to Know About Stubborn Fat and Spot Reduction! How to Get Rid of The Problem Zones Successfully?

What Are You Waiting For?