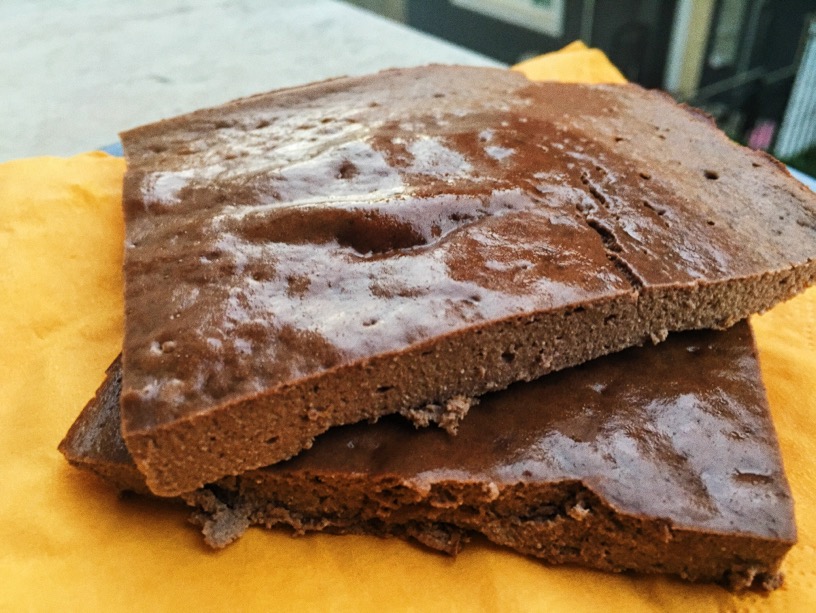 The recipe for the brownie for travelers is below. If you do not want to read the pre-history of the brownie, go straight to the recipe.

I haven’t told you but today is a really exciting day. I am going to London and I won’t be able to respond to messages between October 5-11th., because I’m going to… Sage Academy. Many of you might have not heard of him, and others might be the same raging fans as me – I’ve watched all his youtube videos, all podcast interviews, listened to all straight talks. I’ve listened to some of them over 150 times (yes with the zero at the end). I’ve read every single book that he recommends and by coincidence or not, the slogan of my company is the same as Peter’s – reinvent yourself. I’ve known about Peter for just about an year and a half, but obviously on an unconscious level, there is definitely something that unites us.

Once, a woman told me who is my mentor and I said “Peter Sage.”Then, she replied that this is not true, because a mentor should be somebody who you talk to often and who gives you feedback on what you do. Well, here I am a year later and I am going to meet Peter Sage in live and get to know as much as possible. I’ve had the amazing possibility to be part of the Sage Academy and everything happened like a joke. One night, I couldn’t sleep and I was browsing. I saw the applications for the Sage Academy and I decided to try.

On the next day, I received an e-mail and I had an interview scheduled later on. I had a great, one hour conversation with Nick Bell and that was it – I was approved.

And because the event is pretty intense and it is 12 hours of daily engagement, I made sure I prepped some healthy food. And do not think that it was some great prep. Everything can be easy and quick. I planned the meals, that I won’t be able to buy there, because I will be busy.

I will have breakfast at the hotel, where you can always make a healthy choice. I will use the lunch break to buy something healthy, as well. And then, for my afternoon snack, I made three doses of this brownie for travelers. I divided it in 12 pieces. I  won’t probably eat everything, but just to have some additional pieces.

For dinner, I took 5 cans of tuna fish and 6-7 boiled eggs. I will buy some veggies and avocado there. Healthy eating is possible – everywhere and with not that much effort. And here is the recipe for the brownie. 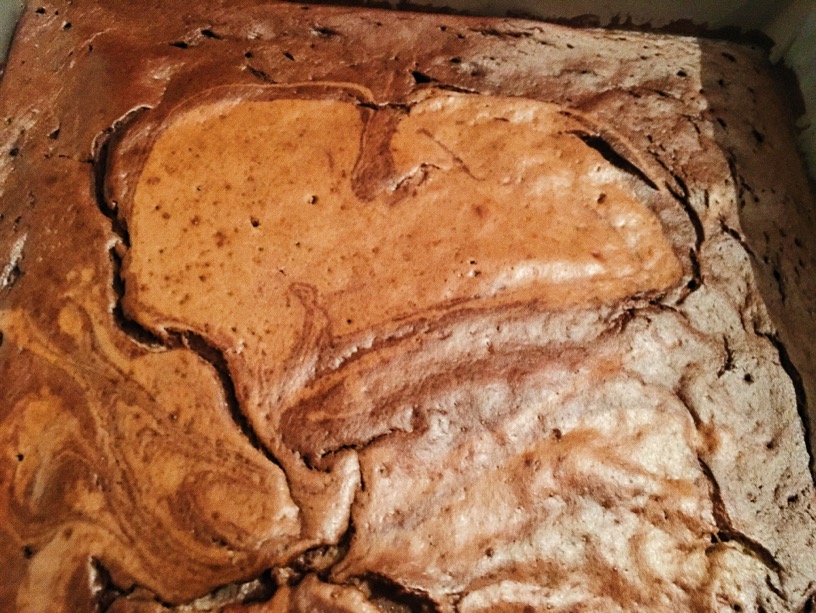 a pinch of nutmeg

Blend all ingredients and then pour in a baking pan and place it in a  preheated oven. I preheated the oven to 200 degrees Celsius and when I placed the pan, I lowered the temperature to 180.Блендирайте всички продукти. Аз ги блендирах на две части, защото блендерът ми е малък. Bake until it gets ready – it was about 25 minutes for the brownie. I made some muffins and because they were thicker, it took them around 30 minutes. Next time I will add some nuts on top. 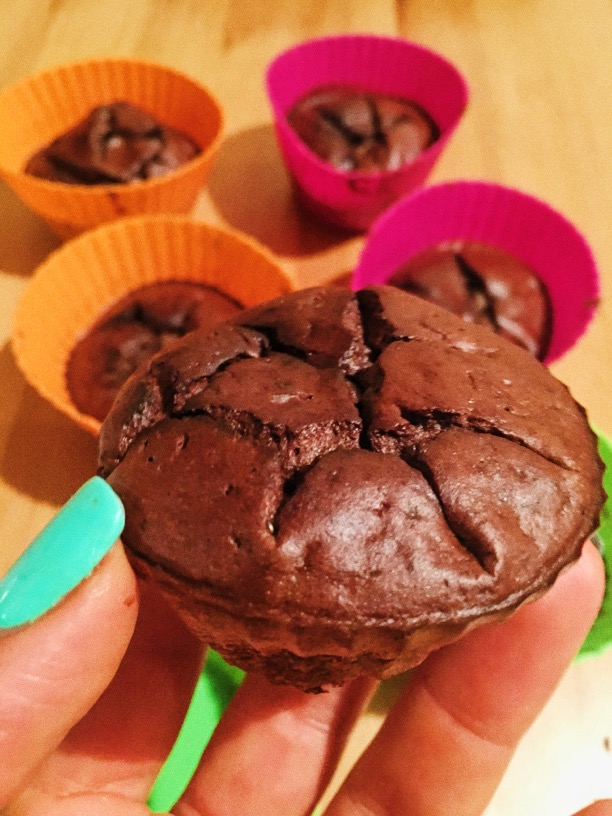 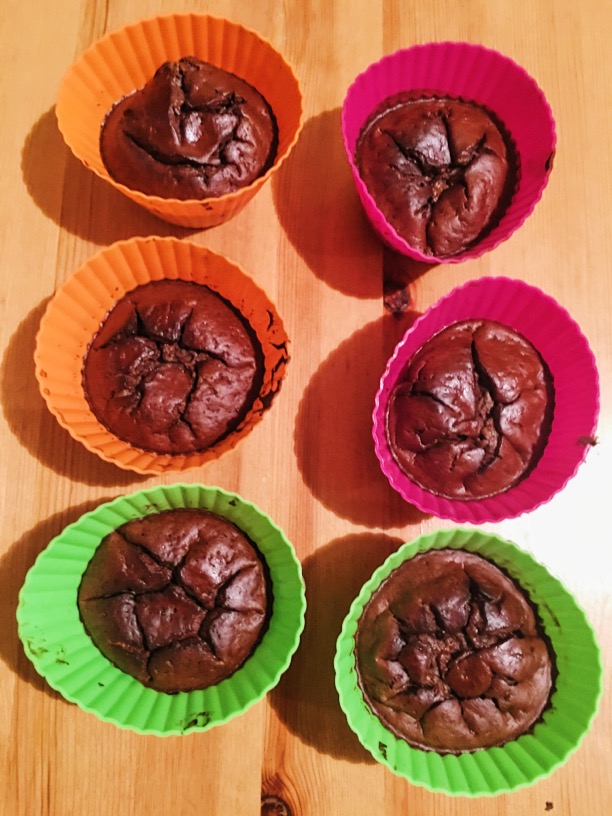 This is my brownie for travelers and my afternoon snack for London. 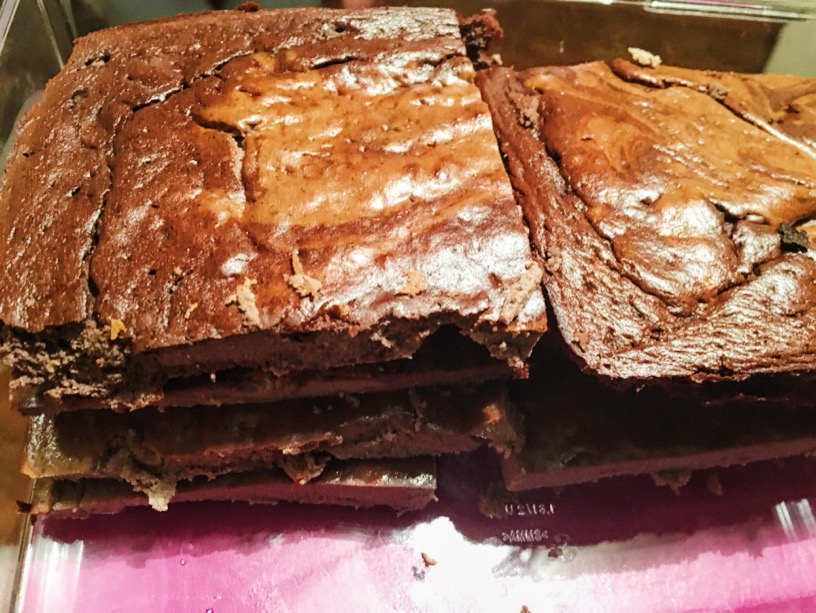 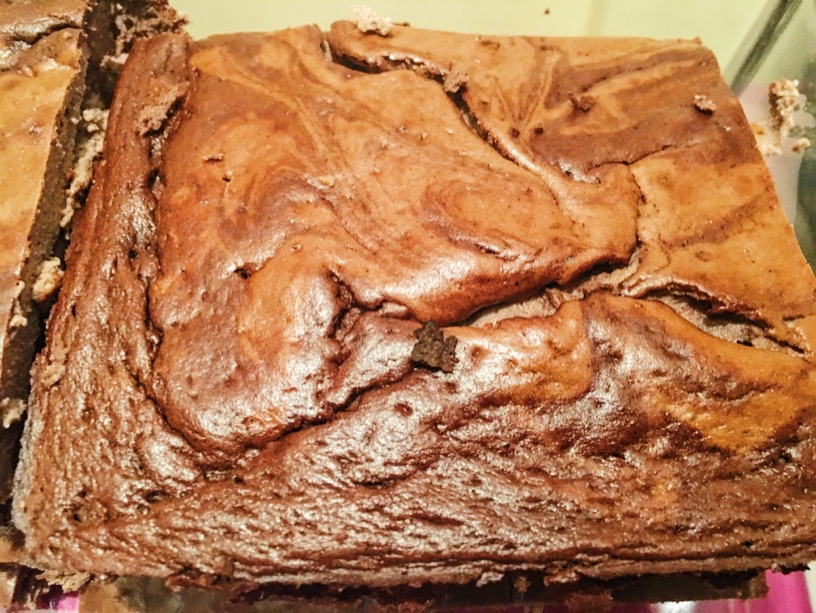 The Taste of Autumn: The Best Healthy Dessert