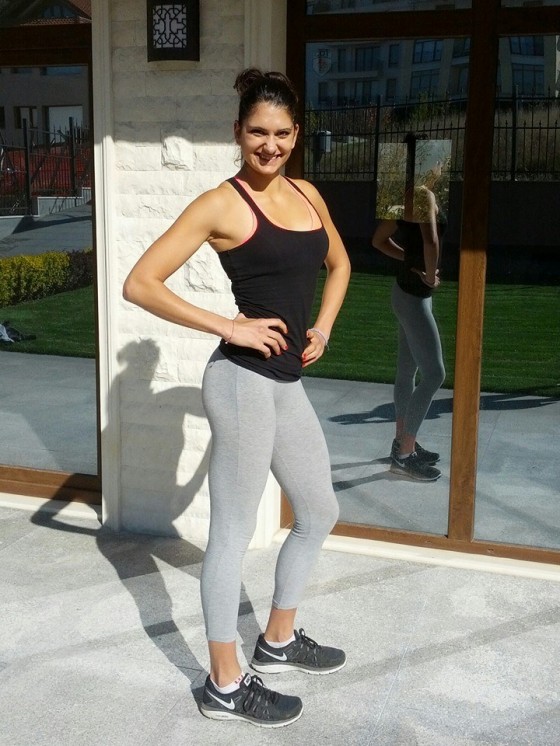 I woke up this morning, and the day has already started without my presence. Now I was supposed to catch up on it. I went to the bathroom and looked myself in the mirror. I felt some kind of completeness, which was incomprehensible. I thought that maybe, I still felt sleepy and that  the mirror is not reflecting me objectively. Probably it was a remain from the illusion of the dream, that the night brought me.

I remembered how other people are my reflection. Whoever I am, such will be people around me. That’s why I decided to dress up and go out… for a walk through my own self. Just in order to take a look at myself, from each side. I visited every single place I loved, and then the once I hated… in order to see which parts of myself I have left there. Something like lifting the bandage, which was hiding your wounds, and check if they have already recovered.

I was surprised. It was the first time that I was walking on the alleys of my own self and I liked it there. The reflection I saw was beautiful. It was some kind of pure. My image cleared up. The world was extremely friendly.

I took a sit on a bench and I remembered myself in the past. I remembered people and situations that used to be part of it; the words, that like the edge of a knife, were cutting through my soul and left deep wounds, which I hardly managed to cure. I remembered not just the attitude of others, but my own attitude towards them.

I understood, that I do not have power over what other people comprehend from my words or my deeds. Because, once you utter them and bring them to life; once you let them leave you, they become pliable and them reshaped according to the beliefs and convictions of the person standing against you. Nothing from what you say or do, is being understood the way you intended it.

Everything that other people understand, as well as, what you understand is a result of who you are, what your convictions are and how you see the world. We accept and deny in others, what we accept and deny in our own self. After all, if we didn’t possess these qualities, we could never weigh them through an emotional perspective, stick them a label and then stuff them in the box of the mind, where they are being accepted or denied.

Other people are our own reflection. In their face we see our own mistakes, our own success, hopes and fears. Other people are  our shadow. The shadow of our biggest nightmares and hour greatest longings.

Other people are an opportunity to explore our own self, to draw the line and see where we are in our personal growth and what we should work on in the future.

Other people are a measure of  our qualities- the positive and the negative once. People who surround us, reflect who we are.

That’s why nobody has the power to offend you or hurt you, unless you allow him; unless you are the one who falls in the trap of your imagination and get in the captivity of the conviction, that words and deeds of other people, are an offense towards your personality.

Because in reality they aren’t. Actually they are an offense towards themselves- towards what they can’t stand about their own personality; towards the lack of faith in their own abilities and the envy that follows it. A jealousy, with which they are trying to fill the gaps in their own self, without realizing that this way they are just making them deeper.

Because in the world of people, of words and emotions, you can’t get something for nothing. You can’t receive satisfaction, without first saying or doing something that will give the birth of such feelings.

You can’t get acceptance, without firstly offering something that is worth being contemplated and understood.

You can’t have success, without first planting the seeds, that will grow and become a vivid symbol of your hard work, dedication and hard work.

You can’t feel completeness, without first offering understanding and patience.

Other people are a tool with the help of which we explore our own self and our own fears and hopes. We are a tool, through which other people explore their own self and if somebody makes the mistake to treat us bad or offensive, this is just a sign, that in himself, he sees the need to change his own personality, but he is constantly denying it, neglecting the possibility to see his reflection in us.

The Confession of a Stranger

How I Used My Biggest Disappointment to Fulfill My Dream?

The Confession of a Vagabond

Dissection of My Feelings