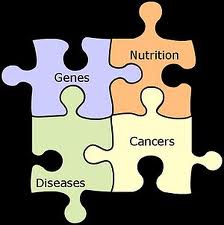 Can you think of the fitness maniac, who is hanging out in the gym every single day? He always spends more time, bothering you with his thoughts about life and how he always does everything right, but he just doesn’t have the good genes, and that means he is destined to be overweight! There is at least on of those in every gym, so I bet you’ve met a person like the one described.

Often times people get it all wrong, because they mix up the lack of information with genetic predestine and condemnation to failure. But is it really like that? Today I will discuss the vast topic of gene reprogramming.

Truth is, that your genes do not dictate your future success, nor if you are gonna have diabetes like your grandma, or high blood pressure like your dad and so forth. If you wanna change the output, you have to change the input!

Haven’t you thought that maybe  all these “hereditary” diseases aren’t a result of something predestined, but probably a result of the way of life every generation leads. If you parents have pizza for dinner every night, have breakfast in McDonald’s, then probably you will adopt the same bad habits, the pass them to your children and thus turn it into an enchanted circle.

In other words what I am trying to say is that your DNA isn’t your future and you could influence what happens in your life and with your health!

The solution is hidden in healthy eating. Every food we consume, has a different influence on our genes, it sends different signals. Nutrients that we absorb through food, are involved in cellular processes, which control and are controlled by genes.

There are a bunch of researches in epigenetics( a science that deals with the mechanisms of blocking and activating  our genes), which demonstrate how depending on the food we eat, in our body are being send different signals, which can activate or deactivate a given gene.

Professor Cynthia Kenyon, whom many experts believe should win the Nobel Prize for her research into ageing, has discovered that the carbohydrates we eat  directly affect two key genes that govern youthfulness and longevity.

One of the genes controls insulin in the body. Lowering the carbs leads to turning down that gene, and on the contrary activating another gene- the elixir of life(DAF 16), which leads to anti-aging processes in our body. Read about the whole research here.

As you know, I do not tolerate researches that preach some kind of an eating pattern only with the goal of looking better, without testing how that eating will reflect on health.

Good news is that low carb eating leads to positive changes not only on your appearance but also on your health!

As Mark Sission would say “Think of your genome as being like computer hardware. If you were to program your computer you wouldn’t be changing the hardware, rather, you would be changing the software that tells the computer what to do. So just as we talk about reprogramming or programming a computer and don’t suggest that the hardware itself has changed we likewise can talk about reprogramming our genes without suggesting that the genes have changed. In the case of genes what we are really changing is the epigenome.” Read the whole article and other stuff by Mark here.

That means that if you want to change your genes, you couldn’t but you could change the epigenome. That is one more reason, that shows why a calorie is not a calories, and quality of food and the type of food matters!

I know that most people think that lowering the carbs and eating more meat and animal fats is ridiculous, but it is a fact that most people, who eat like that notice significant, positive changes in their health and energy. Could the success of this kind of eating be due to the fact that carbs are limited to mostly veggies and fruits, and there is plenty of meat and animal fats in the diet? It is a hard question to answer but still facts speak for themselves!

What is your oppinion? Do you think that you could reprogram your genes depending on the food you eat?

3 Mistakes Women Make When Trying to Get in Shape!

Q&A: Why You Feel Fat on a Low Carb Diet and Could You Eat Fats If You have High Cholesterol?

Q&A: How to Eat If You Are Vegan; What Is The Best Type of Cardio and How Do I Eat on The Days I Swim?