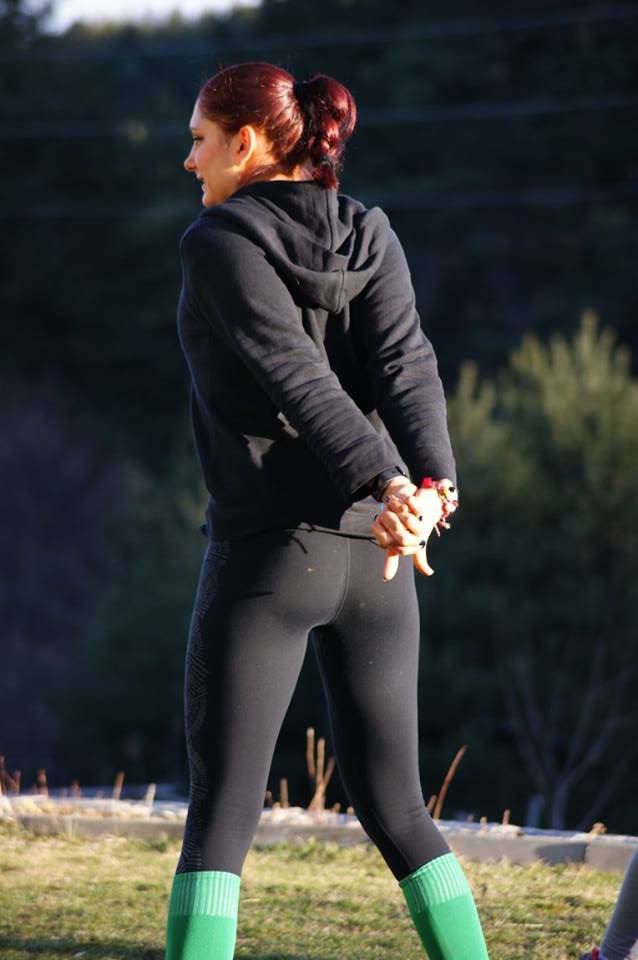 Every time when I think that most women already know that weights do not make you bulky and that they have realized weights are a great tool to get fitter, I stumble upon a bunch of stories that show me I am wrong. I do not judge the women who think weights make you bulky, because I have gone through the same. Yesterday, while I was training, I was thinking about the different mindset when you train with weights and when you train for performance, as opposed to the mindset when you train mainly for appearance. They say that the goal justifies the means, yet I’d say that it defines them.

Women who are focused mainly on the way they look, measure themselves and their value according to the number on the scale, the number of calories they eat and the number of minutes they train.

Women who are focused mainly on their appearance, approach their bodies with deprivation and they often ignore its signals – for fatigue, the increased appetite, the lack of desire – to them, all of this is a sign of sluggishness, laziness and lack of will. In reality, it is just a sign that we demand more of our bodies than we give them.

Women who are focused mainly on their appearance, ignore the fact that the body can’t always work at its best and that there are days when it needs to rest; days when it needs more food. They resist the needs of the body and accept this as a failure and a reason to get discouraged.

Women who are focused on performance, accept the fact that the body is a smaller reflection of the Universe and in the same way it has seasons – those of abundance and scarcity; of energy and its preservation. They take those moments as a preparation for the next step towards progress and more like a recovery, than like a plateau.

2.The diet for appearance and the one for performance

Women who are focused mainly on their appearance, approach their food with the goal to eat as little as possible. They often skip meals, even though this always leads to more food eaten in the evening or on the following days. In their lifestyle, the equation looks like this – spend as much energy as possible and eat as little as possible. This creates a deficit, which is always compensated with what they call emotional eating, and in reality it is just an instinct for survival.

Women who are focused on performance, approach food with the goal of recovery. They do not skip meals and they know that food is just a building block and not an enemy. They realize that the body uses food in order to recover and that when we feed it enough, it feels great and secure and it allows us to look just the way we want and to train with more intensity. In their lifestyle, the equation looks like this – spend as much energy as it is required, so you can get stronger and more capable and eat as much food as it is required so the body can recover. This sustains a kind of balance, that doesn’t wake up the instincts for survival and it doesn’t lead to extremes of deprivation and indulgence.

3.Workouts for appearance and those for performance

Women who train mainly for appearance, focus on physical activities and continuance, which make them less and which bring the feeling of getting smaller. Workouts, which bring the sensation that strength has been taken away and create the illusion that the body also gets smaller. They ignore the fact that excess fat is just a sign that the body loses energy and that their physical activity, just contributes for its full exhaustion and the need for more storage.

Women who train for performance, focus towards physical activity and continuance, which make them stronger, energetic and more capable. They know that the feeling of being “bulky” after a workout is just this – a feeling and in reality it is the process of recovery of the body, which doesn’t lead to getting big and chunky, but just well-shaped and leaner. They know that physical activity also has a limited return of the investment and that more is not better. Instead better quality leads to better results.

Women who train mainly for appearance, train for time. They forget that fatigue is the enemy of quality.

Women who train for performance, do not train for time, but instead for quality. They know that less is more, when it is performed correctly and when you take the most out of what you do.

Women who train mainly for appearance, forget that movement is a stimulus and one of the languages that help us communicate with our bodies. They ignore the fact that exhaustion is a sign of threat and that when the body feels threatened, the last thing it cares about is how we look in our swim suit or what size of jeans we wear.

Women who train for performance know that movement is their dialogue with their body and the stimulus, which will make them stronger and more capable. They do not take challenges as a sign that they are not enough and that they can’t, but instead like a stimulus for the body to develop and be able to do what it previously couldn’t.

4.Women who aim mainly towards a better appearance, become victims to their own instincts and to the needs of their body. They feel week and sometimes powerless to change the way they feel and the way they look. They often sacrifice their energy and fulfilment, in order to avoid some calories or waste some additional energy, with the hope that fate will award them with some weight loss. They aim for fast results and often ignore the consequences.

Women who aim for performance, become sculptors of their own bodies. They feel strong and they know that in every moment they choose themselves. They always leave behind what is stealing their energy and they quickly remove what interferes with their fulfillment.  They do not aim for quick, but for long term results.

Women who aim for better appearance, believe that there are workouts which make them big and chunky and ignore the fact that workouts are for performance and nutrition is for fat loss. They aim for well-shaped butt and thighs, yet they avoid all exercises which could lead to these results. They want to have a flat belly and lean arms, yet they avoid the foods that will help them achieve this. They have goals, which make them feel like they are not enough and force them to detest and deny their bodies.

Women who aim for performance, know that workouts and nutrition are only the tools, and appearance is just a consequence.  They aim for achievements and progress in the gym, and the lean and fit body, the abs are just a result of gained strength and quality food, which helps them recover from the workouts. They have goals that fill them with inspiration, enthusiasm and help them appreciate and love their bodies.

Emotional Eating and The Reason You Can’t Stop It

What to Expect from a High Fat, Low Carb Diet and How to Adapt to It

Women, Carb Cravings,Progesterone, Estrogen: What Does All That Have to Do with Your Nutrition?

How Are Malls Destroying You: The Unexpected Way Shopping Is Harming Your Health