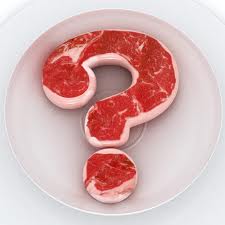 Since I started following a nutrition plan, there are always people who tell me that the food I eat is not healthy and how they read a research, which claims that this way of eating would negatively reflect on my health. Even if it sounds brutal, I never take these remarks seriously! More often than not, people who claim such things have absolutely no idea how human body functions! They blindly believe articles in magazines, newspapers or internet. But is it rational to believe that everything written is authentic? Every piece of information to be a fact? Keeping in mind how yellow editions work and the tons of false information they contain, I wouldn’t trust other media editions either!

If people, who trust researches, would make the effort to read a whole study from the beginning to the end and apply some critical thinking, I think that the world would be a better place!

How are researches conducted?

1)They pick up subjects, who are exposed to a different level to the researched risk factor and after that they track down how this factor influenced the researched subjects- did it lead to health issues, death and etc?

2) They take subjects who have the characteristics researched( do they have diabetes, heart issues and etc) and after that they track down their habits, lifestyle in past years, in order to follow the path that led them to their present condition and finally find out who is the villain that harmed their health.

That is the problem. The first two research methods show the correlation between the risk factor and the consequences but not the causation! There are a bunch of websites and articles claiming how cholesterol is the reason for coronary diseases but is that really the truth? Here you will see that cholesterol is something like a bandage, which is trying to repair the damages in your body. But is cholesterol actually responsible for the damages? No! Just because a person was present to a crime, doesn’t make him to be the criminal!

Besides that, when a research is conducted, scientists pay attention to a couple controlled factors, but there are factors that are left behind and in reality they could be the cause for the disease.

A couple weeks ago, there was a research that claimed red meat consumption leads to a higher risk of death. The panic was big. But it turned out that the way the research was conducted is amateurish! A bunch of people who were involved in the research, were asked to fill an inquiry, where they were asked to write down how they eat and what is their health status. After that the results were analyzed and thus they came to the shocking conclusion!

Am I the only one thinking this is stupid? What about people’s lifestyle. Doesn’t it reflect on health? If people smoke, drink alcohol, if they live in a polluted town and so on? Is it possible to make such drastic conclusions, based on scarce information? I wouldn’t say it is rational!

So before making similar “facts” your own opinion, use your critical thinking!

The questions that flow in my mind are countless! Till I find rational answers to them, I’d rather trust my own experience, trust the way I feel and the way people leading a similar lifestyle feel!

Do you trust researches or your self experience?

The Biggest Diet Mistake You Make!

Especially For Avocado Lovers: Everything You Need to Know About Avocados

Q&A: Everything about Running and Walking with Ankle Weights

The Healing Power of Illness: Why We Get Sick and Why Injuries Occur