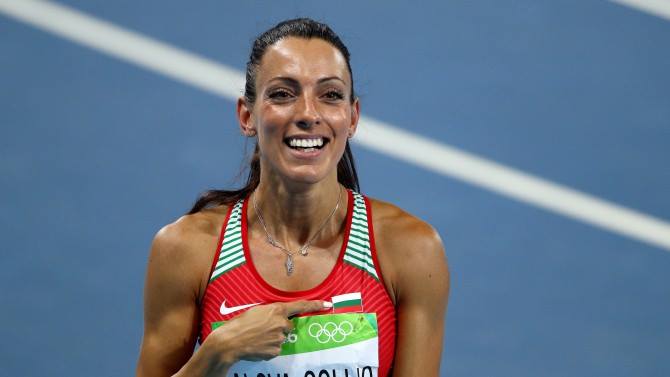 1.To give priority to long term goals

This is true for every area of our life. More often than not, we do not fulfill our potential and we do not reach our goals, because we get lost in the day to day routine. More often than not, we fill our day with small tasks that do not develop anything new. They do not contribute to anything that could make us feel more accomplished and fulfilled. We fill our day with activities that are part  of our routine and they leave us with the notion that we are doing something, while in reality not much is taking place.

An Olympic athlete knows that in order to achieve his goal, to be at the Olympic Games and to take one of the first places, he needs to plan his preparation in the  frame of four years. This means that even if he has a competition in a year and he is not in his peak form, it doesn’t mean that he is in the wrong direction. It means that his goal is to reach his peak form in four years. Everything before that is just a preparation, just the path he needs to walk on, in order to achieve his goals.

We are built in such a way, that we always want to see immediate results from the efforts we put into something. People, who achieve the greatest things, are usually those who build their success – daily. Even if they have moments when it feels like nothing is happening, they know that their hard work today–is laying the foundations of their dreams tomorrow.

2.To pay more attention to our inner world and not get stuck in the outer world

A lot of people give up on their dreams, because people around them say that what they long for is impossible. We often conclude about what is possible and what is not, based on other people’s opinion. But there always exists the fact, that other people can’t even guess what is hidden inside us. They do not know what we are capable of. The opinion of other people is based of their personal experiences and convictions. Just because somebody doesn’t believe that I can, does that really mean that I have to believe his words and give up on what gives meaning to my life? No!

An Olympic athlete is a great example of this. It is hard to chase your goals and move forward, if you have turn back and pay attention to every “barking dog”. An athlete is exposed to the noises of the world around him and to the opinions of all kind of “specialists”. If he gains his strength from the world around him, then he is destined for failure. The most successful athletes get their strength from their inner world. Therefore, when they are competing and the audience is screaming – encouraging words or calling names, the great athlete doesn’t hear a sound. He is focused on his inner world and he is getting motivation, strength and endurance from what is found within him. The world that surrounds us witnesses only the moments of triumph or failure. But the world around us doesn’t see the countless hours of training, the challenges that have been overcome; the daily wins over one’s own mind. And that is exactly what gives you the power to know that you can and that you deserve better. And nobody’s opinion could be more powerful than this.

3.Realizing that the win happens first in the mind and then in reality

What separates an Olympic athlete from other people is not just his talent. The talent is just part of the equation. Nobody has won with talent only. What a great athlete possess is the strength of his mind. At the end of the day it is the mind that leads you. The mind is what can pick you up after each failure or break you down after each triumph. In order to succeed you need to invest not only the effort to train your body, but also the effort to tame your monkey mind. Being able to control your mind and knowing how to direct your thoughts, so they can build you instead of break you. It demands a lot of effort to create a harmony between your body and your mind. It is only when you achieve it, that your mind could lead your body to your goals. When the mind believes, the body follows.

We take a lot of time, trying to control the world around us and what is taking place there. At the same time we are constantly neglecting our thoughts. And a person couldn’t go beyond where his mind allows him.

The mind strength of an athlete is amazing. A while ago, I read the post of somebody who claimed that an athlete doesn’t give anything to the society. What a delusion. An athlete can teach us everything, because an athlete sculpts not only his body, but also his character. At the end of the day, the success in every aspect requires the same qualities of the character – they just need to be adapted to the particular situation.

4.Realize that behind every famous person, there are hundreds of infamous people

This is my favorite part. I always say – behind every famous person, there are a bunch of infamous people, who are the reason why he is so successful. Even when it seems that somebody achieves something by himself, this is usually a delusion. Yes, the hard work, efforts, ideas and everything else could be due to the person himself, but no matter how different we are every one of us possess weaknesses. The further you progress, the more those weaknesses start to appear. The moments when people around you give you courage, confidence and hope. The moments when your relatives or a stranger give you a helping hand. Because couple brains think better than just one.

An Olympic athlete is a great example of this. Because a professional athlete puts a lot of effort in his workouts, but his success is nothing without the help of his coach, his doctor, his physiotherapist, his relatives who have accepted his different lifestyle and instead of blaming him, they support him.

No matter how talented we are and no matter how much effort we make, alone person can only reach a certain level – for anything great, you need more people, who might have a small contribution, but at the right time and the right place. A contribution that accelerates your development and helps you reach for the stars.

We can learn a lot from an Olympic athletes. They are amongst the strongest people on Earth. Many people who have never been involved in sports, can’t even imagine what happens in the mind, body and life of an athlete. Sport is one of the few things that give you the opportunity for a couple seconds to experience every emotion – triumph, failure, disappointment, hope, will, weakness or strength. Sport is what gives you an opportunity to build yourself in just a couple seconds or to break down in a moment. Sport is what gives you an opportunity to experience life and travel in the depths of the human mind – to reveal power, where you can see just weakness. To find hope, where you can see only desperation.

The Mistake I Made!You Might Be Making It Too!

The Escape Among The Crowd: The Emollient Hug of Your Own Escape

When Was The Last Time You Did Some Of These Things For Yourself?

When The Soul Is Starving, The Body Is Overeating!