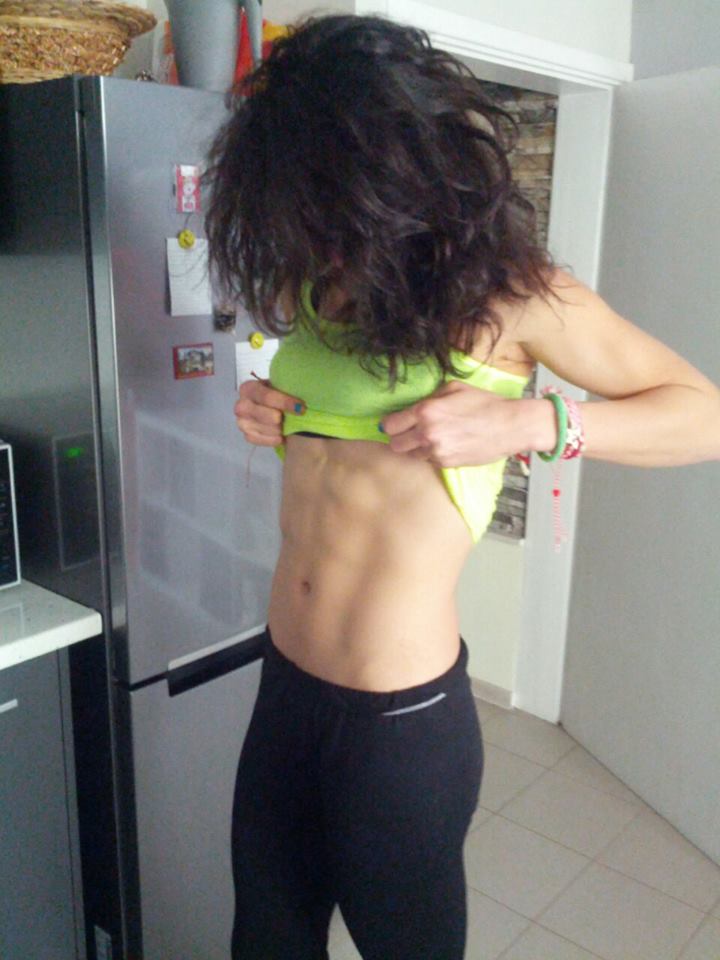 1.Working out more so I can eat more

Every one of you knows what I am talking about. You go to the gym and you do everything you can to exhaust yourself. You punish your body with physical activity, so you can reward it later on with food – food that we believe satisfies us and brings us pleasure.

I used to make this mistake for a long time. I used to go to the gym and give my best effort every single time. I used to think how I am gonna go back home and  how I can eat more of one food or another, just because I’ve spent enough energy. I used to turn days into a marathon – how much physical activity could fit in a single day. I used to feel guilt, if there was a day when I haven’t trained anything.

On those days, it felt as if I didn’t deserve to eat. That is exactly what I used to do – I used to train in order to deserve my meals. How wrong! Food is not something that we should deserve. We have a right to eat it. Our body is build up in a way to use food a fuel. The thing is that we shouldn’t overeat and over fuel our body.

When I used to train more in order to eat more, I used to feel bad. My whole body ached and I was constantly tired. Still, day after day I used to try to motivate myself and I used to believe I was supposed to pay the price.

There was a moment when I trained and I didn’t feel good. I just didn’t want to exhaust my body like this. I felt that my body needed rest and I wanted to listen to it. I wanted to give it rest. Back then I received a see through. I told myself: “Workouts are for performance. Workouts are not so I can spend more energy and then make up for it with more food. If my body feels bad from so much physical activity, then I can just listen to it. I can train less and eat according to my needs.”

2.Watching other people’s achievements and punishing myself for the lack of such

If there is a person who claims that he has never experienced this, he will probably lie to you. If I am wrong, this means you are lucky!

There was so many moments when I used to admire the achievements of others, and in the same time I punished myself for the lack of such.  I used to observe how others eat healthy, train at their best and build bodies for the cover of a magazine.

I used to take an unconfident look at my body and be ashamed of what I didn’t achieve. I used to feel guilty and I was spinning into an enchanted circle of self – blame, self- punishment with physical activity and then trying to please myself with food.

The other day I was riding my bike and suddenly a man on his bike passed by me. At first, my ego suffered. How come he was faster than me? I was mad at myself. Then I looked at his legs. I saw how he was spinning the pedals and I told myself – he leads and instead of whining, I could follow him. I could imitate him, until I gather inertia and until I myself become as good as he is. I was following the rhythm of his legs and I was pushing the pedals. The distance between us was getting shorter and I was already behind him. It turned out that I can as well. It was just that before he came  I didn’t have a base for comparison. While I was alone I didn’t know if I was giving my best. Probably I was staying in my comfort zone. Probably he came so he could challenge me and show me that I can.

Probably all pictures and achievements of others, that you see on a daily basis don’t have the goal to convince you that everybody besides you can do it. Maybe they are there in order to give you an example. In order to help you start, by following their tempo… until you gather inertia in order to finish the journey by yourself. Because trust me – YOU CAN!

3.Being too narrow minded and never accepting a different point of view

Opinions and convictions are something temporary. Not changing your point of view is not a sign of consistency, but just plane stubbornness and a lack of the ability to filter information.

Often times we think that it is just our convictions that are right. We find a religion and we don’t allow in our community anybody who owns up another religion.

The more experience, knowledge and wisdom you gather, the more you can see life and everything else from a different perspective. You see not just the pieces of the puzzle, but the whole picture.

Often times we do not achieve results, just because we are not using the proper method. Sometimes it is not about a lack of effort. It is more often the lack of an approach.

We do the same thing over again, yet we expect a different result. It rarely happens like this.

Probably you think that weights will make you look bulky or that they won’t help you become leaner? If nothing else works why don’t you try?

Probably you’ve been just strength training and you stay away from swimming and higher reps? If you do not achieve your goals, why don’t you try something different? Sometimes just the rest from what we are used to be doing helps us see it through a different perspective and realize where we are making a mistake.

Maybe you are avoiding fats in your diet and you rely mainly on carbs? Try decreasing the carbs and increasing the fats. You won’t lose anything! Anyways you are not achieving the results you want. Try it and if it doesn’t work you can always go back to the old.

Maybe you are afraid to eat a tomato or a carrot because they have “a lot” of cars? Try it! Maybe it won’t harm your body, but it might even help.

At the end of the day everything comes up to trying and testing on your own self and then making your own conclusions.

Nobody could possibly know how you feel and what is best for you. Everybody can give you directions. Everybody could draw a frame, which could direct you but not limit you. Details depend on you!

If something doesn’t work, then it is time to try something different. When walking forward doesn’t take you where you want to arrive, you need to make a turn and see where you got it wrong!

And my latest achievement 🙂

Why 85% of People Can't Get In Shape After a Vacation?

3 Habits That Increase Our Carb Cravings