What always surprises me in the fitness industry and the world of health and nutrition is how people read what is written, but made conclusions based on what is already in their mind. They read not in order to understand the other point of view, but just so they can find the right space between the lines, where they will once again state their, previously formed opinion. This is completely true for carbs and fats. Often times the way I eat is being attacked, because  the critics claim that carbs are vital for the body and that you can’t live by just eating eggs and lard. Truth is that it Is not the high fat diet that is unhealthy. What’s unhealthy is the way you follow a high fat, low carb diet.

What I notice is how when it comes to nutrition plans, people love going from one extreme towards another – initially we don’t eat any fat, then we start eating just fat and we exclude everything else. We find a religion, thrown out on the way and we decide to become its missionaries. Unfortunately, we never make the effort to explore it in its depth, down to its roots, so we can e sure that we are not just exploring what’s visible on the surface, but also what is hidden deeper.

Are they? Or to be more precise, what is unhealthy is the way women follow them.I’ve been on that road and I know what it is like. I used to be one of those people who used to eat just chicken breasts and if it was inevitable to add some butter in my meals, I used to cut the thinnest piece – so thin that it was transparent and it often tore down.

Then I started eating a high fat-low carb diet(HFLC) – or at least that is what I thought. My HFLC diet included eating more olives and some chicken thighs. Really far from the truth. In the same times, I used to limit the amount of carbs and I used to eat just green salads. After all, if the veggies have a color, different from green, it means that they are poisonous carbs, right? Do I need to say that I didn’t feel good?

The next stage was when I realized what it means to eat fat – eggs, lard, pork steaks. That’s when I went to the other extreme – I kept eating my green salads, but I added pork steaks with added butter and lard; eggs drowning in butter, together with whipped cream. Did I feel good? Once again NO. Besides that back then, my goal was to lose weight, and I was constantly gaining weight. 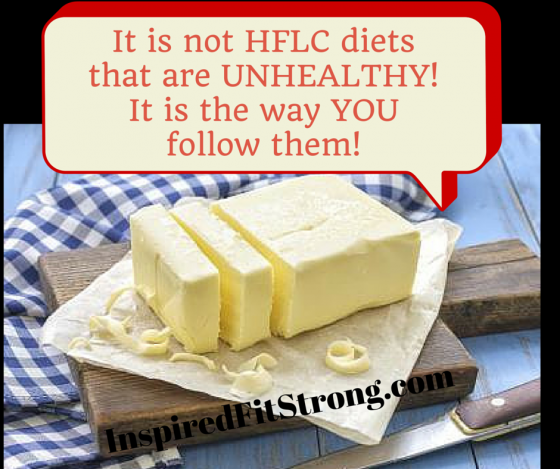 In both cases, I thought that I was eating a HFLC diet and I was about to draw the line on the diet and claim I to be a total fad.

It turned out that the problem was not the diet itself, but the way I followed it; the way I understood it.

Who told you, that a HFLC diet, means that you shouldn’t eat any vegetable that has a different color from green or white? I have never written such a thing.

The critics compete to tell me how unhealthy a HFLC diet is, because it disturbs the alkaline- acid balance in the body and how you should eat veggies. Do you know what? I don’t sit to eat, if I don’t have a huge plate of veggies in season. Actually, I just finished my pork steak with a salad of root beets, carrots, nuts and seeds.

The problem is that in your notion, the HFLC diet is just eggs, lard and steaks. But this is exactly this – YOUR PROBLEM! It is not a reason to draw the line on the diet. I agree that a woman who eats just eggs and lard and never eats veggies and fruits in season, will probably have hormonal imbalance. I agree that a woman who limits, both, the amount of carbs and fats, while fooling herself that chicken thighs contain enough fat, will have hormonal imbalances.

But is she going to have such problems if instead of this she takes the time to learn about the diet in more depth and realizes that what she can eat, goes in a wider diapason- we have the whole see; all the seafood; superfoods; seaweeds; a variety of meats; eggs; nuts and seeds; a bunch of veggies and fruits in season.

Did you know that you can have a meal, which doesn’t contain steaks or eggs and still eat a HFLC diet? The green smoothies that are so popular! What is gonna happen if we add more coconut butter, coconut flakes and avocado? You will once again have a “meal” which contains more fats and you won’t even taste a steak or lard!

Read more about the biggest mistakes we make when we go on a HFLC diet:

2. Your diet should be dynamic, not static 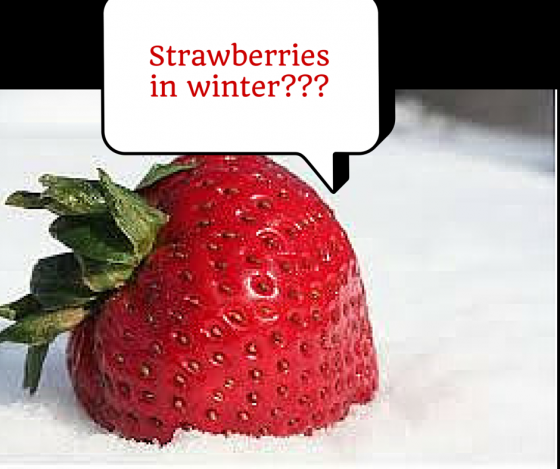 The problems, you have, when you follow your version of HFLC diet, don’t come from the diet, but from the fact that you are trying to follow something static, when life is actually dynamic. Our needs are constantly changing and we are connected with nature. Nature and seasons change and the foods that are available change together with them. We have evolved to follow the cycles of the nature and the fact that we are ignoring this is what causes disease.

If you take the time to learn about a HFLC diet in depth, you would understand that the ratio between fat and carb intake changes, depending on the season. You would know that in seasons, when the sunlight is longer, we can tolerate more carbs and when it is colder we tolerate more fat. Is it a coincidence that in winter there are more fatty foods available and in summer there is an abundance of carb foods like fruits and root veggies? No! It is just a matter of enough mindfulness to realize which seasons, what foods are available.

If you knew this, then you would probably follow a dynamic diet and your body would be happy. Because food is information. Food gives us information about the environment we live in and it tells the body what it needs in order to function properly and guarantee survival. Every season gives us different foods, not because we might get bored, but because every season has different requirements on the body and its functioning and food is the supplement, which helps us go through the different circumstances, without making a compromise with our health and the functioning of our body.

Read: 6 Mistakes I Made with My Diet So You Don’t Have To

Listen to my interviews with Dr. Jack Kruse(HERE) and Ben Greenfield(HERE) in order to find out more about how a high fat diet, influences women.

Often times I hear people saying that HFLC diets exhaust the body and don’t give it enough energy. Often times you will hear people saying that a HFLC diet, makes them feel sluggish and weak. Actually, here the problem is once again from the way we’ve chosen to follow the HFLC diet. In the past, I also went through the period, when I used to think that one week on HFLC diet and one day for carb refuel with all kind of carb sources will give me energy. Actually, the fat adaptation takes a pretty long time.

Imagine it like you are moving to live in a new country – you change your house, your work, the language you speak in, your friends. Everything is different. You need a lot of time, so you can gradually get used to the new things. You need to learn how to live and function in a new way. Initially, this might cause discomfort, but not because it is bad for you, but just because it broke your old habits. Besides that, imagine it if every week you move back to your previous country, you feel energetic and you go back to the new place after the weekend. Are you gonna get used to the new country or are you gonna live just for the day when you will go back to your old place?

That’s exactly what happens with your body. When you go on a HFLC diet, your body needs a lot of time for adaptation. You need to give yourself time, so every cell, every organ could start functioning in a way, which prioritizes fat as a main source of energy. It is absolutely normal, when the body switches from one regimen of work to another one to, initially, have some lack of strength and other “side effects”( read HERE: What Should You Expect From a HFLC Diet)

But if you approach this nutrition plan wiser, then you won’t need to go through all that discomfort and your transition will be easier and more pleasant. But I will write about this in one of my next posts.

For those of you, who have given time to learn the RIGHT way to follow a HFLC diet, what is your opinion about the diet; what are the hardships you faces and what are the positives you get?

For the rest, I hope that you will think deeper if the problem is in the diet or in your version of the diet!

Enjoying the article and inclined to help support the mission?  Here’s how you can help:

Share the article with your friends and let it reach more people who need this information.

3 Fasting Protocols That Will Get You Lean and Athletic

What Are Some Difficulties You Might Have When You Start a Low Carb Diet?