In the past I used to write a lot about grains- why the best thing you could do for your health, is quit eating them and how in reality everything that you hear on a daily basis about “the health benefits” of eating grains is totally wrong.

Lately, I receive a lot of messages from people, who tell me how I am wrong about grains. Obviously all of them have one favorite argument- “how people have survived for thousand years, eating mainly grains”; “how my grandma or my great grandma ate mainly grain products, but they are healthier, than people nowadays and so forth.”

And tell you the truth, you are right- about the fact that my grandma and my great grandma ate grains and they are still healthy. Actually, my great grandma was 90 years old, when she used to do a couple sets of push-ups on the window parapet, every single morning. And she definitely loved eating grains and bread.

But there is one problem, which hides the key to the enigma- why they ate like that and they still managed to stay healthy, and why if you keep on eating grains, you won’t be able to enjoy active adulthood and you will be forced to “meet” a lot of diseases, while you are still younger.

The problem is that bread and biscuits, that you eat today, have nothing to do with bread and biscuits that your grandma cooked. Yes, they might look identically- they might have a similar shape, taste, smell, but unfortunately they are completely different in their structure. If your great grandma’s biscuits gave you energy and a positive mood, the biscuits you are eating now, are only getting you closer to the hospital.

Even though at first sight they look the same, foods made from modern wheat and those from 60 years ago, are tremendously different when it comes to biochemistry.

Even really small changes in the protein structure of wheat gluten, determine if your immune system will have a negative response, or if such a response won’t take place.

The difference between wheat nowadays and wheat in the past is from the ground to the sky… literally.

Back in the days, our ancestors yielded einkorn.

Einkorn has the simplest genetic code and has just 14 chromosomes.

Soon after einkorn was cultivated, came emmer, which is a product of the natural crossing of goat grass and einkorn. The new wheat has a more complicated genetic structure- 28 chromosomes.

Then, once again in a natural way, the emmer crossed with another type of grass and a third type of wheat appeared. It is the most complicated in its genetic structure, with 42 chromosomes Exactly this type of wheat is the closest to modern wheat. The fact that it is has the most complicated genetic structure, favors researches in their future genetic experimentations.

Thus, nowadays einkorn and emmer, as well as the last wheat Triticum aestivum ( the name of the third sort of wheat- the 42 chromosomes’ one), are replaced by thousands, modern sorts, which are a product of the human mind and the advance in genetics and science as a whole.

Modern wheat is a product of different crossings, which goal is to create bigger yields and to modify some particular quality characteristics of wheat.

In the past wheat used to be wild and it grew by itself. It didn’t need humans, to take particular care of it by fertilizing it and so forth.

Nowadays, modern wheat can’t grow without human’s care. If you just leave it, to the will of fate, it is gonna die.

Isn’t it strange? It sounds like what we are about to do with dogs and cats. Animals, which are created to cope alone and survive in nature, are being domesticated and turned into helpless, living creatures, which don’t even know how to behave and survive in their natural environment.

Well, the same happens with wheat.

Besides that in the past wheat used to be taller, and now after genetic modifications, and the goal for higher yields, it is literally a dwarf- just around 40 centimeters.

Why did they do that? Because higher stalks are not efficient, and shorter once mature faster, which means shorter time for fertilization and cultivation.

Besides that genetic modifications are not a joke. It definitely leads to consequences, which might be really bad for human’s health.

Curious is the fact, that there are no experiments, with people or animals, in order to establish if the new sort of genetically modified wheat is gonna have negative impact on people’s health.

Well, trust me, there is definitely such. As William Davis, states in my favorite book “Wheat Belly”( I highly recommend you buy a copy of it):

considerable structural change with hybridization. In one hybridization experiment, fourteen new gluten proteins were identified in the offspring that were not present in either parent wheat plant.

Moreover, when compared to century-old strains of wheat, modern strains of Triticum aestivum express a higher quantity of genes for gluten proteins that are associated with celiac disease.”

Genetic modifications are based on the notion, that you can insert one gene, on the right place, without interrupting the expression of other genes.

This way, the goal with the genetically modified wheat is to create sorts of wheat that will be more resistant to pesticides, cold, heat and so on.

And even though, it is considered that that inserting a gene, does not interrupt other gene’s expression, this is not the truth.

It has been established, that there is a difference and it is probably due to the unexpected rearrangement of DNA in the places close to that of the inserted gene, which leads to an alternation in the protein of the particular food.

Thus hybridization, leads to the turning on and off of genes, that have nothing to do with the gene that is being modified.

Genetic variations, might lead to dramatic changes. Just take people as an example. We are just females and males. Genetically we are build in a similar way, but you get thousands of different people- in appearance, character, abilities and so forth.

And it’s time for my favorite part!

Modern wheat, contains 70 per cent carbs, and protein and fiber are about 10-15%. In comparison einkorn had 28% more protein!

This by itself is enough, to point you the difference between modern wheat and the one your grandma used for bread and desserts.

And let me remind you, that everything which happens in your body, in reality comes to chemical reactions. And when it comes to chemistry, it definitely matters how much you put from each chemical, in order to get a particular reaction.

Even the slightest quantity changes, lead to a completely different reaction. Why do you think that something different is happening in your body? It is just the same!

Here are some of the achievements of the people I train with!

Nadezhda and her first handstand steps:

Mitko and his progress on the renegade row.

Venelin and his super strength. 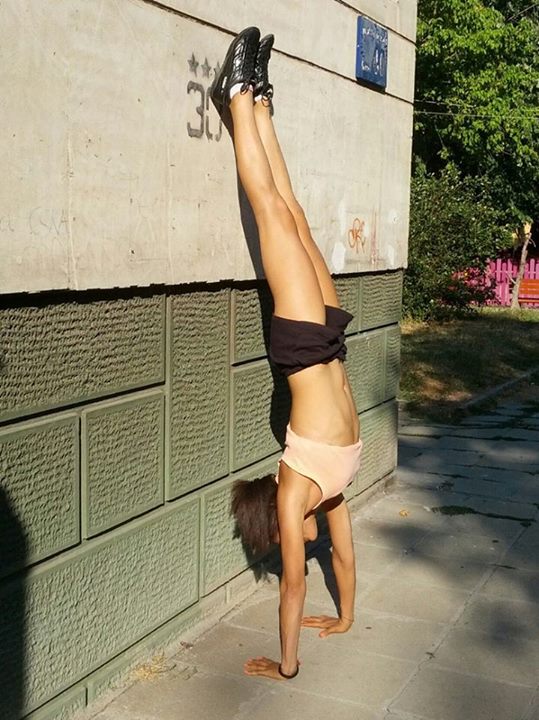 Why Your Diet Fails: 6 Factors That Play A Key Role

Fasting As A Weight Loss Instrument – Is It Bad For Women?

Night Eating Syndrome: How I Stopped Eating During the Night?

Q&A: Everything about The Chocolate Diet, Sprinting Workouts and Raw Nuts