Last week during one of my workouts, there was a big argument! Of course, once again the topic was about women and weights. That turns out to be a big problem! 😉 After the conversation, one of my clients asked me the following question “Why women who lift weights, don’t get the look of women weightlifters?”

I’d say that this is a really good question! I think that a lot of women are afraid of weights, because their idea of the body, they will get with this type of training is the complete opposite of everything they are aiming for! But as always, you shouldn’t mix up the correlation between two things ( in this case the appearance of women Olympic weightlifters and lifting weights) and the causation of the result ( in this case the women Olympic weightlifters and their higher body fat percentage).

Before I keep on writing, I just wanna say that I have nothing against women Olympic weightlifters; that not all of them look the way you imagine them and that what they are doing is worthy of respect!

But still, why if you start lifting weights you will just get to enjoy the positives and your body won’t change in a way that would scare you?

1.Olympic Weightlifting is a PROFESSIONAL sport, and not a mean to shape your body and stay healthy

Note the difference! When it comes up to women weightlifters, weights are a mean to achieve high results in their sport. They do not care about their body fat percentage, but to be the best in what they do! Their goal might be to snatch 80kg or more! And your goal isn’t to snatch almost double your weight. Your goal is to incorporate heavier weights in your training sessions- weights, which will challenge you and load you adequately!

It is like saying, that everybody who goes to the park and does a couple sprints, will get the appearance of a sprinter! It’s absurd! The achievements, and respectively the appearance that accompanies them, are a result of the goals and the means and methods, that are being used in order to get there!

2.An athletic, lean body is achieved not only through working out, but also with proper eating

If you dig deeper into it, you will find out that besides genetics, which everybody thinks is the staple of a nice body, the key role is for NUTRITION! Chances are that the athlete who is leaner, eats food that is with higher quality and in adequate quantities! And respectively, those that look more bulky, probably don’t pay too much attention on their nutrition! I bet that after the workout they go to the cafeteria, buy a sandwich with some fries, and a coke, while the leaner athletes go home and have a steak and a salad!

The same is true for women weightlifters. I assure you that if they follow a strict nutrition plan, they would be a lot leaner and they wouldn’t get the bulky look, that scares you so much!

3.The difference is in the means and the methods used in order for the goal to be achieved

No matter what we say, it is a common “secret” that nowadays, high sport achievements, besides a lot of hard training sessions, require good recovery, which more often than not goes beyond what is considered acceptable. Probably you are guessing what I mean or probably you aren’t! What matters is that with proper nutrition and lifting weights, the average woman ( who is not a professional athlete), who wants to look better and be in a better shape, won’t get the bulky look she is so scared of!

I am going back to them again! This is the key moment! Women weightlifters probably train 2-3 times a day. They probably do singles very often. They train with the goal, to be able to complete one rep, with the heaviest weight possible, when the competition comes!

Your goal is to make your workouts more intense, to remove the imbalance between your muscles, to get leaner, to shape your body better, to increase your strength and become a little more athletic!

And if a woman weightlifter can squat with more than 100kg, that’s not what I am asking you to do. But I still think that every woman, should be able to squat with at least 40-50kg! 😉

And if you are still doubting, just give it a thought! Weights help you shape your body and build nice muscles, and FOOD is what will have the biggest impact on whether your muscles are gonna be covered in fat or if they are gonna be defined! If you eat good, quality food in quantities that will help your body function normally, I guarantee you that you will start looking better than you’ve ever dreamed!

And remember that women weightlifters have the goal to be the best in what they do- lifting weights, and not walk around showing off their abs and their lean body!

I recommend you read:

Are you afraid of lifting weights?

I can’t wait to share with you a project I’ve been working on. It’s called IFS Journal- my FREE online magazine. Go ahead and subscribe for it HERE.

P.S. Don’t be a stranger and please take a minute to share this post with your friends! I’d greatly appreciate it!

Heavy weights have given my body, more than everything else I’ve tried! 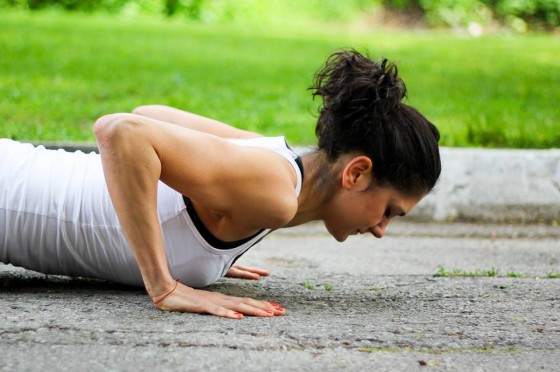 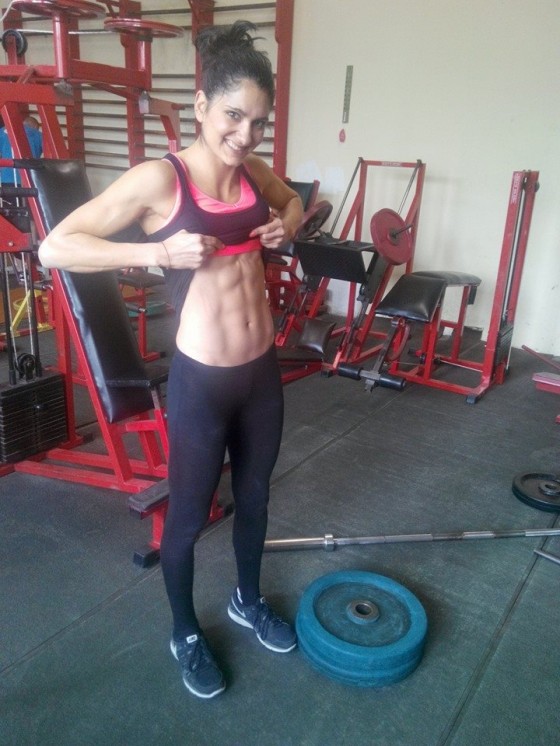