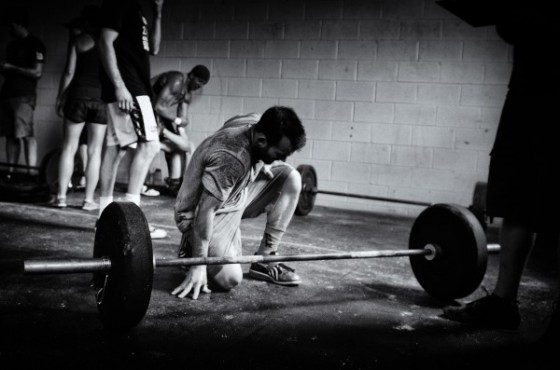 I was having a tough practice the other day. I was doing some heavy push presses and as I was trying to press the weight up, it felt like my strength was drained. I felt the soreness in my muscles, the trembling and shaking, that the weakness caused! As I was standing there, struggling with the weight, the bar was getting heavier and heavier…I felt the pain overtaking my body and my mind.
Obviously I had three options! To give my best and somehow complete the rep; throw the bar, take a couple breaths and then pick it up again; or simply throw the bar and call it a day!
What I did was I threw the bar, had a little rest and kept on going! That reminds me again about the similarities between life and workouts. I’ve said it a lot of times that workouts train character. The way you treat a workout is the way you treat life!

Think about it. When you have a goal in your life, what do you do? Do you give your best? What do you do when life tries to beat you down? Do you bend?Do you just give up on your dreams? Do you take a step back,to gather a little strength and move two steps forward later? There was a saying that it doesn’t matter how many times you fall but to stand up one more! I bet you do it in the gym…you fail the rep, but then pick up the bar and do it again! Why not do it in life? Why give up so easily when you truly want something? Just hang on there!

When you feel like it gets hard to breath, when pain is stuck on your throat and doesn’t give you a chance to utter a word, when it would be much easier to just stop and give up, push through it! The moment when you feel like giving up is the moment right before success! It is up to you to show some character and will! It is up to you where you will end up in life! If you think you are beaten, you are! So belief! If you think you dare not! You don’t! So try! Successful people fail, but they don’t stay down! Successful athletes throw the bar, but then pick it up again!

Want to Spend Your Life Sad and Depressed? Then Don't Read This Post!

Attention: The Most Obvious Reason for All Your Sadness and Troubles